Day 1**Feb 8 | Honolulu –> Chitose
We begin our journey by boarding an international flight to Hokkaido, Japan’s second largest island and the largest and northernmost prefecture.  Meals and snacks will be served on the plane.

Day 2**Feb 9 | Chitose – Sapporo | (D)
Upon our arrival at the New Chitose International Airport, an Air and Sea Travel representative will escort us to our hotel.  Sapporo is the fourth largest city in Japan by population and the largest city on the northern island of Hokkaido.  It hosted the 1972 Winter Olympics, the first ever held in Asia.

Day 3**Feb 10 | Sapporo | (B)
Sapporo is known for its annual Yuki Matsuri, internationally referred to as “the Sapporo Snow Festival”, which draws more than 2 million tourists from around the world.  We will participate in this year’s 72nd Sapporo Snow Festival at Odori Park and at the Susukino Area.  “Odori” means “large street” in Japanese.  It stretches from east to west and divides the city into northern and southern sections.  The Sapporo Snow Festival is one of Japan’s largest winter events and the main festival site is held in the park every year.  It is magnificent and an event not to be missed!  We will have ample free time today to walk around at our own pace and enjoy the city after exploring the Snow Festival.

Day 4**Feb 11 | Sapporo – Asahikawa – Sounkyo | (B, L, D)
After breakfast, we will transfer to Asahikawa to experience one of the most popular winter festivals in Hokkaido, the 62nd Asahikawa Winter Festival.  As Hokkaido’s second largest winter festival after Sapporo’s Snow Festival, it has one of the biggest snow sculptures.  Every year one massive sculpture is made as a stage for music and other performances.  The giant sculpture of a Korean fortress in 1994 even made it into the book of Guinness World Records as the largest snow construction built.  The giant sculpture has a different theme each year, such as a snowman castle in 2010 or the Daisetsuzan Mountains in 2011.  We can enjoy our time here.  Afterwards, we will transfer to Sounkyo and pass Daisetsuzan National Park, the largest national park in Hokkaido.  It preserves a densely forested, mountainous area of virtually unspoiled wilderness that is larger than some of Japan’s smaller prefectures and consists of three volcanic mountain groups.  The park is also known for its alpine meadows and remote backcountry.  It is famous for its wildlife and if we are lucky, we may see several rare species.  We can enjoy the Sounkyo Ice Waterfall Festival by visiting the Sounkyo Gorge.  This 12.4-mile long gorge contains a spectacular 328-foot jagged cliff and gorgeous waterfalls, also known as the “Roof of Hokkaido”.  We will also visit the beautiful Ginga Waterfall and the Ryusei Waterfall, collectively referred to as “husband-and-wife falls” in Japanese.  After a long day in the park, we will be rejuvenated at the Hot Spring tonight after enjoying the Buffet at the hotel.

Sounkyo Onsen contains minerals, such as hydrogen sulfide, salt, and iron.  Its water is neutral and is said to be good for hypertension and arteriosclerosis.

Day 5**Feb 12 | Sounkyo – Abashiri – Lake Akan | (B, L, D)
After breakfast, we will transfer to Abashiri, and take an icebreaker to the Sea of Okhotsk.  It is the southernmost ocean on earth where Drift Ice is observable, and is relatively shallow and suitable for the growth of marine animals (Clione).  We will spend some time observing the beautiful view of the drift ice aboard Aurora, an Icebreaker used as a cruise ship.  It breaks the ice floating in the frozen Okhotsk Sea, enabling us to enjoy a leisurely journey while admiring the panoramic view of the drift ice.  Next we will visit the Abashiri Prison Museum.  The prison was built to house more than one thousand dangerous criminals and became famous through a popular yakuza movie series directed by Ishii Teruo in the 1960’s.  We can see prison structures and exhibits depicting daily prison life in the museum.  We will head to Lake Akan (Akan-ko).  The lake is famous because it is inhabited by spherical alga called “marimo”.  In winter, Lake Akan is transformed into a beautiful stage for the Lake Akan Ice Festival “Fuyuhanabi”.  During the festival, a small ceremony is held and a fireworks display over ice is presented nightly under clear skies.  We will check in and have tonight’s dinner, a hearty buffet at the onsen resort.  Later, we can relax and rejuvenate at a traditional outdoor hot spring in Akan.

Akan Onsen is a neutral hypotonic high-temperature spring.  It is said to be good to soothe fatigue, rheumatism, sprains, stiff shoulders, neuralgia, muscle pain, and arthralgia.

Day 6**Feb 13 | Lake Akan – Tokachigawa | (B, L, D)
Today’s highlight is Ice Fishing.  Our guide will lead us across the frozen surface of Lake Akan to the best spot to experience traditional fishing methods for fresh pond smelt (wakasagi).  Later, we will enjoy yummy freshly made Wakasagi Tempura with the smelt we caught.  Optional “snowmobiling” and “banana boat rides” are available for an additional cost.  Our next destination is Ryugetsu Sweetpia Garden, a popular confectionery company that originated in Obihiro city.  Ryugetsu Co., Ltd. received the 1st Excellent Company Award from the Governor of Hokkaido in 2005.  We can see the production line from the second floor as we tour the factory.  Tonight, we can enjoy the Tokachigawa Hot Spring at our hot spring resort in Otofuke.  It is A Moor (plant-derived) hot spring located on a plain, known as Bijin-no Yu.  The moor vegetation makes the water rich in organic components.  As such, the waters are milder and richer in natural moisturizers than ordinary hot springs, smoothing and moisturizing the skin and making the Tokachigawa Hot Spring famous as a “hot spring for beauty”.  It is a natural gift from deep inside the ancient earth as there are only two Moor Hot Springs in the world.  We will spend a wonderful time at the hot spring and relax for the rest of the day.  Otofuke Tokachigawa Swan Festival Sairinka is a festival based on the theme of the more than 1,000 white swans that fly to Tokachigawa Onsen every year.  Various attractions, such as the laser show and an illumination of about 667 light bulbs and LEDs, charm the visiting tourists. A fantastical forest of lights created at night in the snowy plains delights the eyes of the approximately 50,000 visitors.

Tokachigawa Hot Spring has high contents of the rich natural environment, such as organic matter and humic acid.  It is said to be good for beauty and an excellent skin-moisturizing and smoothing effect can be felt after taking a bath.

Day 7**Feb 14 | Tokachigawa – Chitose – Sapporo | (B, L, D)
After breakfast, we will return to Sapporo.  On the way, we will stop at Sapporo Brewery.  Sapporo Beer, one of the oldest and most popular beer brands in the country, has been brewed in the region since 1877 and is now produced and sold around the world.  We will taste the locally made Sapporo beer here.  Then, we will enjoy Japanese Yakiniku for lunch.  The annual Chitose Lake Shikotsu Ice Festival sees the banks of Lake Shikotsu transformed into a magical frozen kingdom.  With colorfully illuminated ice castles and a whole host of wintry activities, it’s a fantastic way to make the most of the season’s cold weather!  We will spend some time here to experience this wonderful festival.  Upon arrival at Sapporo, a Crab Feast is arranged for tonight’s dinner.

Day 8**Feb 15 | Sapporo – Otaru – Sapporo | (B, L)
After breakfast, we will drive by the Former Hokkaidō Government Office before we head to Otatu, a small harbor city which served as a major trading and fishing port in the late 1800s.  We can see the history of this city through old warehouses and former office buildings.  First, we will transfer to Otaru Tenguyama, which is conveniently located near downtown Otaru.  The famous “Tengu-no-Kabe” has a 38-degree slope, and is well known for hosting various national races throughout the season.  We can go to the top of the mountain via a Ropeway.  There are a few observatories at the top to view the beautiful scenery of Otaru.  Otaru is well known for its beautiful handmade and intricate music boxes.  After lunch, we will stop at the Otaru Music Box Museum to learn about this special product.  The museum is located in a beautiful century-old red brick building, designated as one of the historic landmarks of Otaru City.  Music boxes in various sizes and types are neatly displayed.  We will also have a chance to make our own Music Box.  Afterward, we will visit the Kitaichi Glass Company.  We will be fascinated by glass tableware, accessories and art works of high quality and enjoy the gentle warmth and artistry, which can be created only by skilled craftsmen.  Finally, we will enjoy the Otaru Snow Light Path Festival at the Otaru Canal.  The combination of the snowy town and the glittering lanterns creates a very pleasant atmosphere.  After that, we will return to Sapporo.

Day 9**Feb 16 | Sapporo – Chitose Q Honolulu | (B)
In the morning, we will first stop at the Hokkaido Shrine, constructed in 1870 in Sapporo as an interim building of the shrine for three deities of the Hokkaido reclamation.  Then, we will stop by the largest shopping mall in Sapporo, the Tanuki Koji Shopping Arcade.  With 123 years of history, the unique traditional merchants will provide us the opportunity to purchase gifts for our families and friends.  There are both traditional and modern stores here.  We will transfer to the New Chitose International Airport for our return flight to Honolulu.  This will end our Ice Snow Festival trip in Hokkaido. 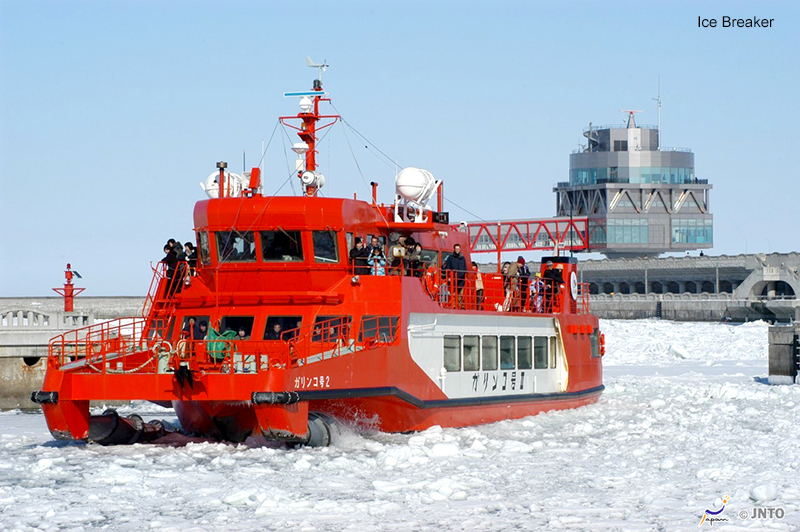 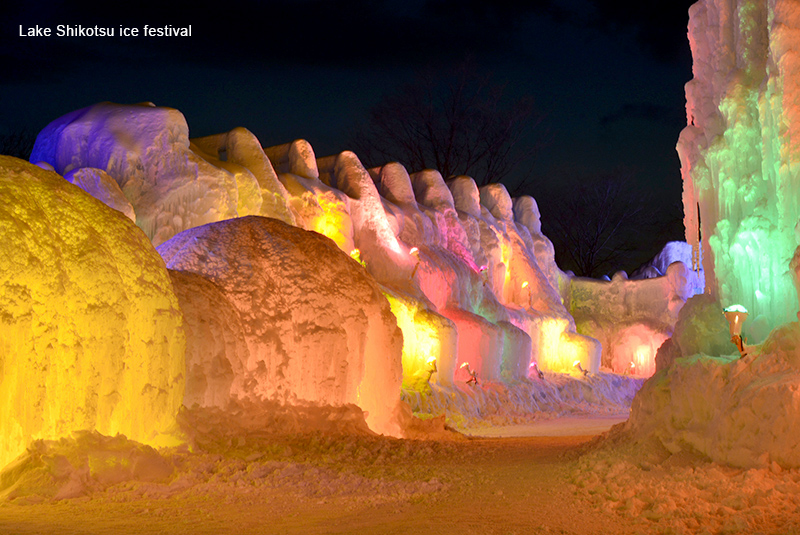 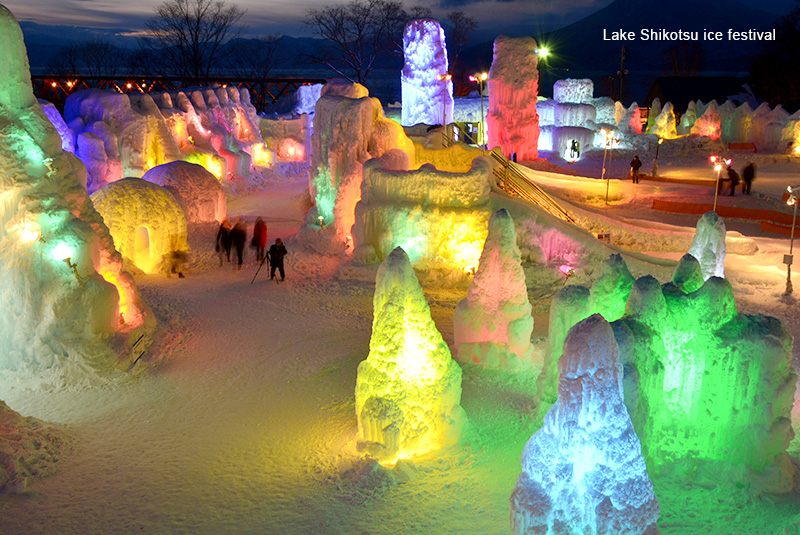 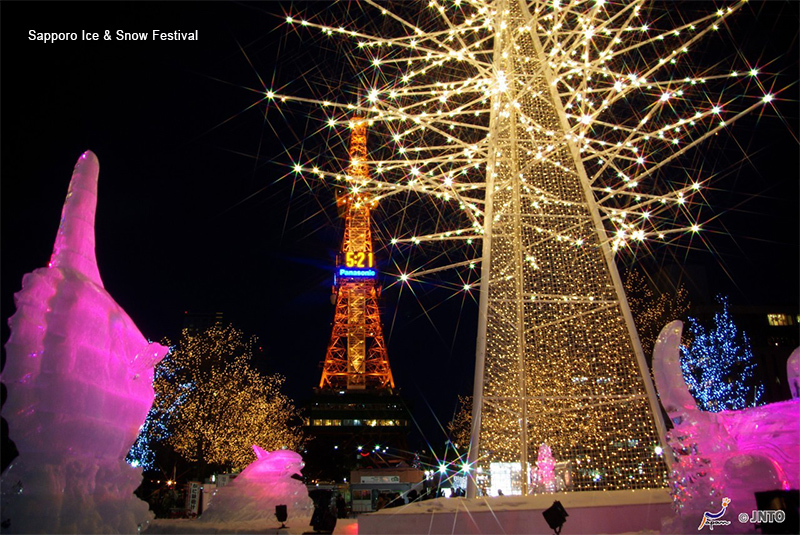 ** Between 69 and 31 days prior to departure, 50% of total price plus any other service fee caused from the cancellation;

** Within 30 days prior to departure or withdrawing during the tour shall be regarded as willingly giving up all rights concerned, 100% of total price, and request for other services as a substitute shall not be accepted.

*** We strongly recommend purchasing travel insurance when you make a reservation ***