Day 1**Oct.20 | Honolulu –> Osaka
We begin our journey by boarding an international flight to Kansai Airport, the gateway to Osaka.  Meals and snacks will be served on the plane.

Day 2**Oct.21 | Osaka
Arrive at Kansai International Airport.  We will meet with an Air and Sea Travel representative who will escort us to our hotel in the Osaka area.

Day 3**Oct.22 | Osaka – Northern Kyoto | (B, L, D)
After breakfast, we will begin our tour to Miyazu Amanohashidate, the “Bridge in Heaven”.  It is a 3.6 kilometer long, pine tree covered sand bar that spans across Miyazu Bay on the Tango Peninsula in northern Kyoto Prefecture.  It is ranked as one of Japan’s three most scenic views.  Amanohashidate is called “Hiryukan” since it looks like a “Flying Dragon” up in the heavens.  On the mountain slope on the opposite side of the bay lays Kasamatsu Park which is accessible by Cable Car.  From here the sandbar is said to look like the kanji for “one” (Chinese word “一”).  The traditional way to view the sandbar is to turn your back towards the bay, bend over and look at it from between your legs.  Called “matanozoki”, this practice originated at this park, and visitors to Amanohashidate have been following this custom for over a millennium.  We will take a walk on a tranquil dirt road that runs underneath the trees for the length of the sandbar.  A Sightseeing Boat will take us to Tango Peninsula to visit the Village of Ine.  There are about 220 houses called “Funaya” or Boat Houses built on the water’s edge with garage-like spaces for boats along the shore at Ine Bay.  After a full day of sightseeing, we will go to our Natural Hot Springs Ryokan to relax and enjoy the evening.

Day 4**Oct.23 | Northern Kyoto – Tottori | (B, L, D)
We will start our day by visiting The Tottori Sand Dunes, the largest sand dunes in Japan and Tottori’s most famous tourist attraction.  They are part of the Sanin Kaigan National Park.   Located just outside the city center, they span roughly 16 kilometers along the coast of the Sea of Japan and are up to two kilometers wide and 50 meters high.  And we will have a chance to visit the Sand Museum nearby.  Tottori is better known for the famous “Matsuba Gani” or Matsuba Crab.  Matsuba Gani is the male snow crab and full of meat.  It has a slightly sweet, rich flavor and can be enjoyed raw as sashimi, cooked in shabu shabu (hot pots), or grilled.  We can enjoy Crab for lunch today.  Finally, we will head to Adachi Museum of Art which has a collection of modern Japanese art works, such as works by Taikan Yokoyama.  Its Japanese garden won three-stars in The Michelin Green Guide Japan, the only three-star site in the Sanin area.

Day 5**Oct.24 | Tottori – Shimane – Tottori | (B, L, D)
After breakfast, we will drive to Matsue, a former samurai district that still has several samurai residences.  The city is also the capital of Shimane Prefecture situated in the eastern part on the Matsue Plain and next to Lake Shinji-ko, the seventh largest lake in Japan.  The Ohashi-gawa River runs through the center of the city and a network of canals and rivers makes Matsue a city of water.  The water network was created for military reasons.  Today, we will enjoy a pleasure Boat Cruise through the waterway.  Matsue Castle was constructed from 1607-1611 under the command of local lord Horio Yoshiharu.  It is one of the twelve original castles in Japan and the only one in the Sanin region.  Every building except the castle tower was destroyed in 1875 and underwent a complete reconstruction from 1950-1955.  Then we will head to Matsue Vogel Park, an aviary or bird park that also features one of the largest indoor gardens in the world.  The park has about 800 birds representing 80 species including penguins, toucans, and rare exotic birds.  Matsue Vogel Park has a section where we can touch and interact with birds as well as feed them.  We will pass by Eshima Ohashi Bridge, the largest rigid-frame bridge in Japan and the third largest in the world before returning to our Onsen Hotel.

Day 6**Oct.25 | Tottori – Izumo – Hiroshima | (B, L, D)
After breakfast at the hotel, we will move to Izumo Province.  Izumo was an old province of Japan and one of the regions of ancient Japan where major political powers arose.  We will visit the Izumo Hinomisaki Lighthouse, the highest stone masonry lighthouse in Japan and registered among the top 100 historic lighthouses in the world.  We will be able to enjoy the panoramic view of the Japan Sea from there.  As one of the National Treasures in Japan, Izumo Taisha Grand Shrine is also one of Japan’s oldest and most important shrines.  Although the exact year of construction is unclear, the shrine has been here since the early 700’s according to historic artifacts.  It is said that Okuninushi no Okami, the creator of Japan, is enshrined at Izumo Taisha.  Okuninushi no Okami is also known as the god of marriage and good relationships.  For this reason many couples and partners visit Izumo Taisha and clap their hands four times rather than the ordinary two claps, twice for themselves and twice for their partners or partner they wish to be with.  Finally, we will transfer to Hiroshima, an industrial city of wide boulevards and crisscrossing rivers, located along the coast of the Seto Inland Sea.  Although many only know it for the horrific split second on August 6, 1945 when it became the site of the world’s first atomic bomb attack, it is now a modern, cosmopolitan city with excellent cuisine and a bustling nightlife.  If time permit, we will have some shopping before dinner.

Day 7**Oct.26 | Hiroshima – Yamaguchi – Hiroshima | (B, L, D)
Hiroshima City is one of the most prominent cities in the Chugoku region.  The city is known internationally as the “City of Peace”.  The Hiroshima Peace Memorial Museum is the primary museum in the park dedicated to educating visitors about the atomic bomb.  The Museum has exhibits and information covering the buildup to war, the role of Hiroshima in the war up to the bombing, extensive information on the bombing and its effects, and substantial memorabilia and pictures from the bombing.  The building also has views of the War Memorial, Peace Flame, and A-Bomb Dome.  As a UNESCO World Heritage Site, the Hiroshima Atomic Bomb Dome is a tangible link to Hiroshima’s unique past and is the symbol of Hiroshima.  Then, we will take a Ferry to Miyajima Island, the popular name for Itsukushima Island.  This island is one of the three most beautiful sights in Japan and has long been regarded as an Island of Gods on the beautiful Seto Inland Sea.  It is a romantic and historical island where Itsukushima Shrine is located.  This Shinto shrine is best known for its “Floating” Torii Gate.  The shrine complex is listed as a UNESCO World Heritage Site, and the Japanese government has designated several buildings and possessions as National Treasures.  Then we will proceed to see the Kintaikyo Bridge, a historical wooden arch bridge in the city of Iwakuni in Yamaguchi Prefecture.  It spans the Nishiki River in a series of five wooden arches.  Declared a National Treasure in 1922 and a national site of scenic beauty, the Kintaikyo Bridge is one of the most famous wooden bridges in Japan.  Afterwards, we will back to Hiroshima for overnight.

Day 8**Oct.27 | Hiroshima – Okayama – Osaka | (B, L, D)
This morning, we will transfer to Okayama, the “Sunny Land”.  Our tour will begin from Kurashiki.  The name “Kurashiki” can be roughly translated as “town of storehouses”.  It is located in Okayama Prefecture next to the prefectural capital of Okayama city.  The beautiful streetscape of storehouses and merchant homes south of JR Kurashiki Station was selected as an Important Traditional Structures Conservation Area by the Agency for Cultural Affairs, and is still protected today as the “BikanChiku” Historical Area.  Korakuen (後楽園, Kōrakuen) is a beautiful landscape garden and Okayama’s main attraction.  Along with Kanazawa’s Kenrokuen and Mito’s Kairakuen, Korakuen is ranked as one of Japan’s three best landscape gardens.  It is located beside Okayama Castle, which can be seen from the garden as “borrowed scenery“.  It has an area of 133,000 m² and built in 1700 in the Enshu Landscape style of a strolling garden.  It has a tea-ceremony kiosk, several ponds, a small waterfall and elegantly designed landscapes.  As the seasons change, pine trees, maples, cherry and plum trees reach their peak of beauty.  The Kibiji District is an area with majestic ancient history and legendary stories.  Momotaro is a symbol of Okayama.  “The Ura Myth” is the root of an old tale, “Momotaro”, which has been passed on orally from generation to generation in the Kibiji District.  The majestic Kibitsuhiko Shrine is said to have been occupied by Momotaro when he battled Ura.

Day 9**Oct.28 | Osaka –> Honolulu | (B)
We will have our breakfast at the hotel before today’s city tour.  Osaka is a “water city” where people and culture have interacted and developed over time by virtue of its waterfront.  The “Aqua-Liner Waterbus” is also a symbol of Osaka that aims to revive the water city.  We will take a cruise on the Okawa River to visit famous and historical sites while passing under many bridges to see Osaka from the water.  Then, we will have time for last minute shopping at Nipponbashi Electric Town and Sennichi-mae Doguya-suji.  Osaka has many lively and unique shopping streets.  Among them is Nipponbashi Electric Town, which is lined with shops that sell electric appliances like Tokyo’s Akihabara.  Sennichi-mae Doguya-suji Street has an array of shops with items such as cooking utensils and “food models” (authentic looking fake food), which makes it fun to just stroll and “window shop”.  After a long day, we will transfer to Kansai International Airport for our return flight to Honolulu, taking with us the lasting memories of this wonderful trip.

We wish you a safe journey and many wonderful memories to share with family and friends! ☺ 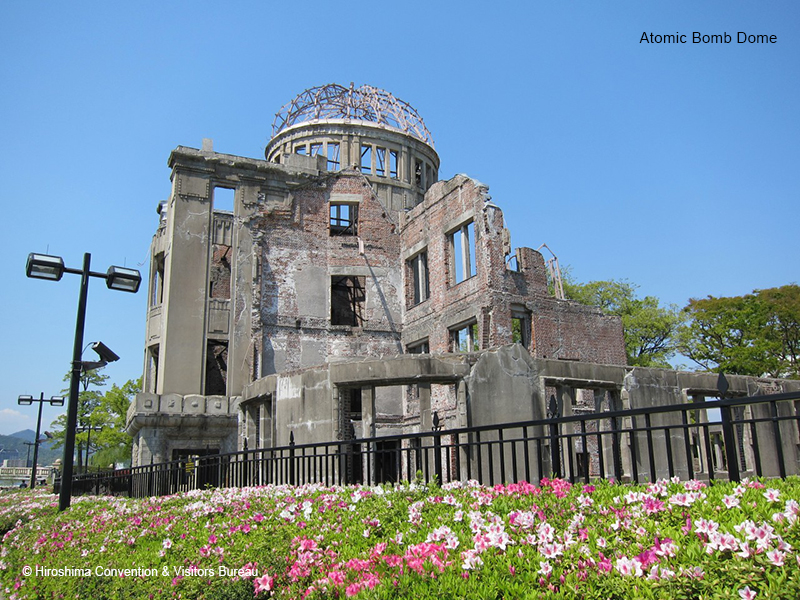 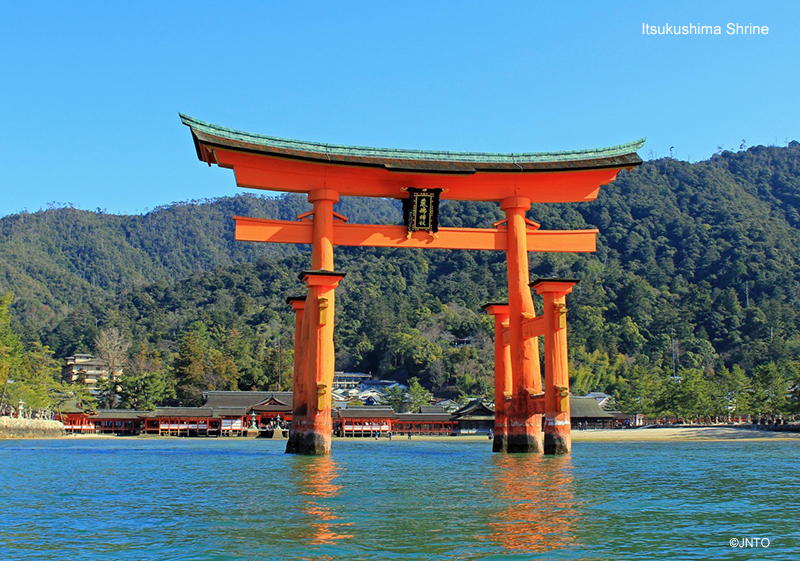 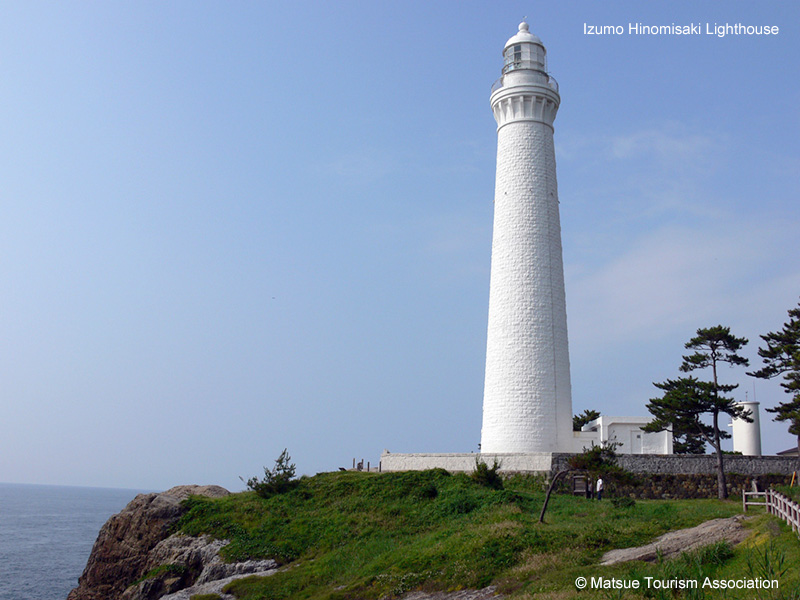 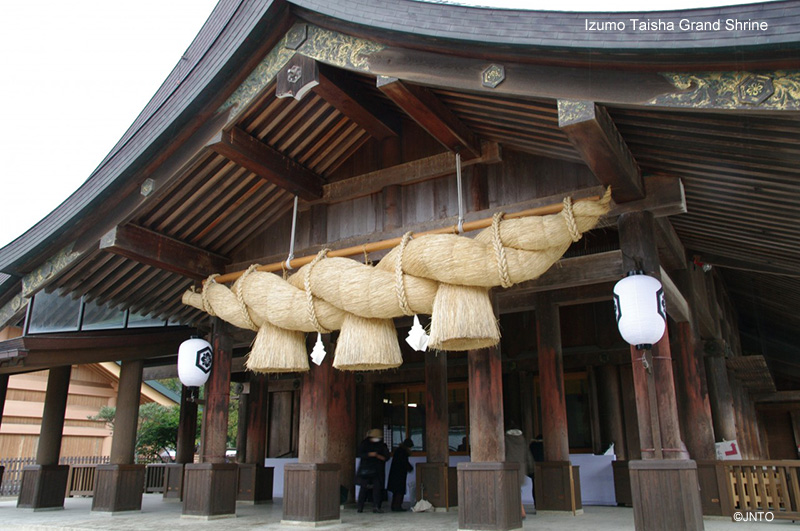 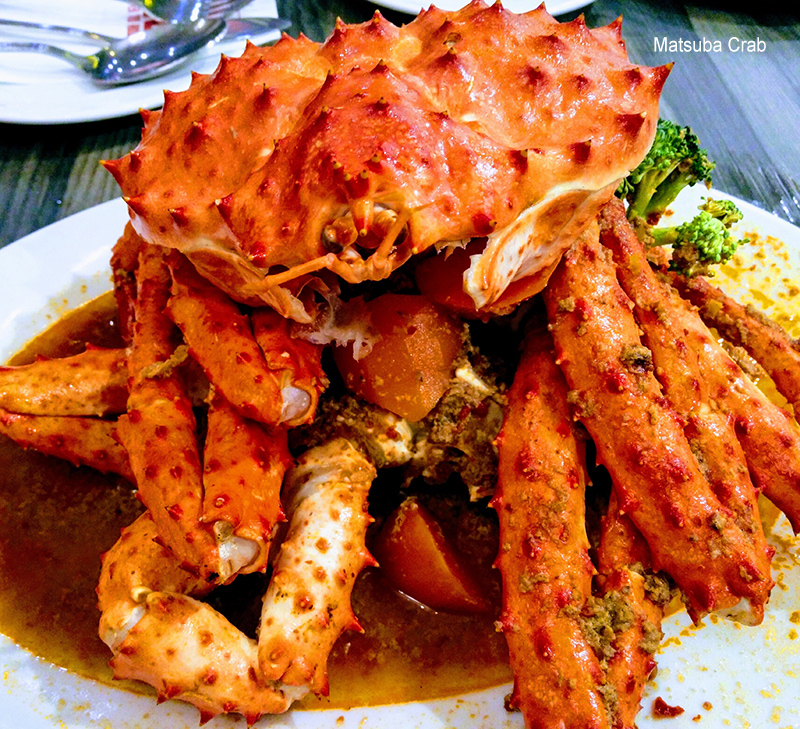 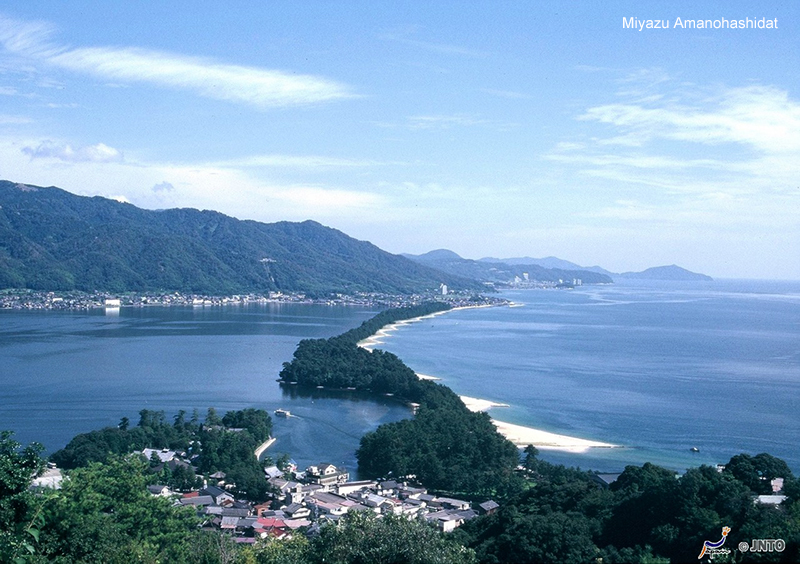 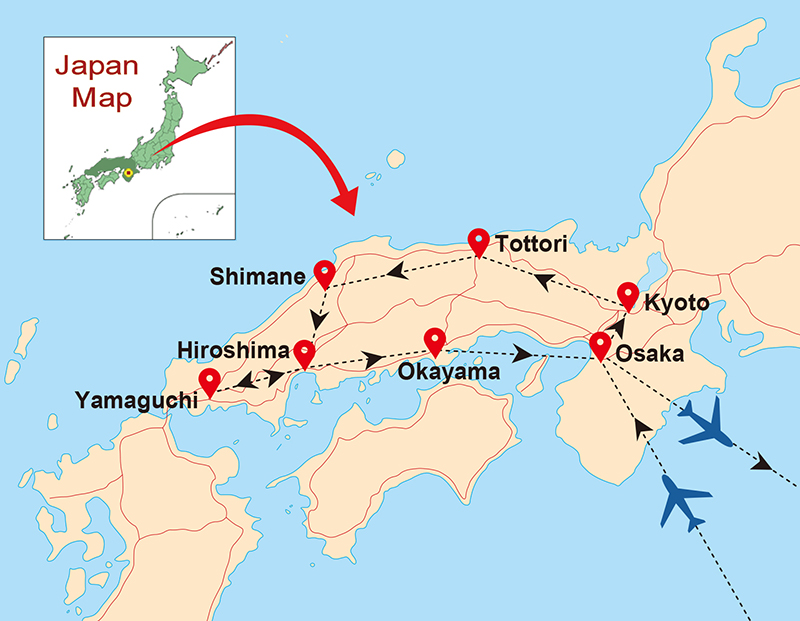 **We strongly recommend purchasing travel insurance when you make a reservation**