Day 1| Honolulu – Kansai (Osaka)
We begin our journey by boarding an international flight to Kansai Airport, the gateway city to Osaka.  Meals and snacks will be served on the plane.

Day 2 | Osaka
Arrive at Kansai International Airport.  We will meet with an Air and Sea Travel Representative who will escort us to our hotel in the Kansai area.

Day 3 | Osaka – Kyoto – Osaka | (B, D)
Today we travel to Kyoto, and start our tour of the historic Kiyomizu-dera, an independent Buddhist Temple in Eastern Kyoto and a UNESCO World Heritage Site.  The beauty of the temple will be enhanced when you stand by the main hall looking down at the hillside covered with cherry blossoms.  The neighborhoods next to this temple are Ninen-zaka and Sannen-zaka which literally means Two-Year Hill and Three-Year Hill.  These are charming pedestrian only shopping lanes lined with traditional Japanese buildings that offer a taste of pre-modern Kyoto.  Next, we will proceed to Kinkaku-ji (“Temple of the Golden Pavilion”), officially named Rokuon-ji (“Deer Garden Temple”), a Zen Buddhist temple in Kyoto.  The garden complex is an excellent example of Muromachi period garden design considered to be a classical age of Japanese garden design.  Nothing is as symbolic of Kyoto as Kinkaku-ji’s golden reflection shimmering across the rippled surface of the pond before it.  Kyoto Gyoen is located almost directly in the center of Kyoto and surrounds the Kyoto Imperial Palace, the former ruling palace of the Emperor of Japan.  Vast gardens with nearly 1000 cherry trees offer us the opportunity to enjoy the cherry blossoms of several varieties, including the elegant weeping cherry, which is lit up at night.  Let’s enjoy the ambiance of all the cherry blossoms surrounding us.  Tonight, we will transfer back to Osaka for dinner and an overnight stay.

Day 4 | Osaka – Nara – Osaka | (B, L)
After breakfast, we will transfer to Nara.  Nara Park is a public park and one of the “Places of Scenic Beauty” designated by the Ministry of Education, Culture, Sports, Science and Technology (MEXT).  Over 1,200 wild Sika Deer freely roam the park and have become a symbol of the city and designated a natural treasure.  According to local folklore, deer from this area were considered sacred due to a visit from Takemikazuchi-no-mikoto, one of the four gods of Kasuga Shrine.  Killing one of these sacred deer was a capital offense punishable by death until 1637.  Today, visitors can purchase “deer-crackers” to feed them.  Todaiji, also known as Great Eastern Temple, is one of Japan’s most famous and historically significant temples and a landmark of Nara.  Todaiji’s main hall, the Daibutsuden (Big Buddha Hall) is the world’s largest wooden building, despite the fact that the present reconstruction of 1692 is only two thirds of the original temple hall.  The massive building houses one of Japan’s largest bronze statues of Buddha (Daibutsu).  The 15 meter tall, seated Buddha represents Vairocana and is flanked by two Bodhisattvas.  After a local Teishoku lunch, we will return Osaka for a city tour.  As the third largest and second most important city in Japan, Osaka has been an economic powerhouse for many centuries.  First stop is Osaka Castle.  During springtime, there are cherry blossom trees blooms beautifully.  We will visit the Castel Tower which houses an informative museum about the castle’s history and Toyotomi Hideyoshi.  It was the largest castle at the time.  After that, we will enjoy our shopping in Shinsaibashi, the largest and best known shopping area in Osaka where many boutiques and specialty shops attract local people and visitors.  The Shinsaibashi evolved from the arcaded streets “Shinsaibashi Shopping Street”.  With a history of 380 years, it was already an established shopping area in the Edo Period.  Shops of all kinds and for all ages line the street, a roofed arcade 600 meters long.  Dōtonbori is another principal tourist destination in Osaka.  One of the area’s most prominent landmarks is “The Glico Man”, a billboard for confectionery company Glico displaying the image of a runner crossing the finish line and is an icon of Osaka within Japan.  We can enjoy our dinner in this busy street.

Day 5 | Osaka – Gifu | (B, L, D)
After breakfast, we will drive to today’s highlight – Miho Museum, located southeast of Kyoto, near the town of Shigaraki, in Shiga Prefecture.  The museum was the dream of Mihoko Koyama, the heiress to the Toyobo textile business, and one of the wealthiest women in Japan.  The Miho Museum houses her private collection of Asian and Western antiques, as well as other pieces with an estimated value between $300 million to $1 billion USD.  There are over two thousand pieces, of which approximately 250 are displayed at any given time.  Miho Museum was designed by architect I.M. Pei, who achieved a harmony between the building (much of it underground) and its mountain environment.  After that, we will stop at Ena-kyo Valley located in the eastern part of Gifu.  It has precipitous cliffs with many unusual shaped stones and rocks created by erosion.  This valley is also popular and famous for its cherry blossoms, azaleas, autumn foliage, and huge majestic rocks.  Tonight, we will have a hearty buffet dinner at our Onsen Resort.  Later we can relax and rejuvenate at a traditional outdoor hot spring.

Day 6 |Gifu – Nagano | (B, L, D)
In the morning,  we will travel to Magome-juku, a historic post town and the 43rd of the 69th stations of the Nakasendō, an ancient road that connected Kyoto and Edo during the Edo period.  As a post town, it was relatively prosperous and cosmopolitan with a currency-based economy.  It fell into obscurity and poverty after the completion of the Chūō Main Line railway which bypassed Magome.  In recent decades, it has been restored as an Edo period post town and is now a popular tourist destination.  Seafood Donburi will be arranged for lunch.  Next we visit Takato’s Castle Remains Park located in Ina City in Nagano Prefecture.  The park features lots of natural beauty: cherry blossoms in the spring, beautiful green leaves in early summer and the fall colors of more than 250 maple trees in autumn. The Castle Park’s cherry blossoms are a unique variety known throughout Japan.  The Distinctive Red-tinted Small Petals are considered The Best Cherry Blossoms in the entire country.  Finally, we will enjoy the hot springs and hotel dinner at our Onsen Resort.

Day 7 | Nagano – Yamanashi | (B, L, D)
After breakfast, we will start our tour to the picturesque valley of Azumino, a city in Nagano prefecture.  We will visit the popular Wasabi Farm.  Outside of Japan, the site is best known for its appearance in the 1990 film “Dreams” by world famous director Akira Kurosawa in the segment called “Village of the Watermills”.  Products found in the gift shop are all wasabi-related.  Don’t forget to try the Wasabi Ice Cream.  Afterwards, we will go to Matsumoto Castle (Matsumoto-jō), also known as the “Crow Castle” (Karasu-jo) because of its black exterior.  Matsumoto Castle, one of Japan’s premier historic castles, is a flatland castle (hirajiro) because it was built on a plain instead of a hilltop or amid rivers.  Its defenses included an extensive system of inter-connecting walls, moats and gatehouses.  Tonight, we will relax and enjoy the hot springs at Onsen Resort.

Day 8 | Yamanashi – Mt. Fuji – Tokyo | (B, L, D)
Today, we make our way to Mt. Fuji – we will ascend to the 5th Station at an elevation of 7,500 feet above sea level.  After lunch, we will take Mt. Kachikachi Ropeway, a Japanese aerial lift line in Fujikawaguchiko, Yamanashi.  Opened in 1959, the line climbs Mount Tenjō from the shores of Lake Kawaguchi, one of the Fuji Five Lakes.  The line name comes from Kachi-kachi Yama (lit. “Mt. Kachikachi”), a folktale which took place on the mountain.  The observatory has a view of the lake and Aokigahara forest.  After that, we will transfer to Tokyo, the capital of Japan.  “Kani Doraku” is the most well-known crab restaurant in Japan. Founded in Osaka in 1960, Kani Doraku has been running the top of all crab restaurants.  We will have our special Farewell Dinner here.

Day 9 | Tokyo – Narita –> Honolulu | (B)
Today we will visit Tsukiji Market, the largest wholesale market for fresh fish, fruits, and vegetables in central Tokyo.  Over ten warehouses serve as the distribution centers for food products.  Handling 2000 tons of marine products every day, it has become one of the world’s largest fish markets.  Senso-ji (,Kinryū-zan Sensō-ji) is an ancient Buddhist temple located in Asakusa, Taito, Tokyo.  It is Tokyo’s oldest and one of its most significant temples.  The temple is dedicated to the bodhisattva Kannon (Avalokitesvara).  Dominating the entrance to the temple is the Kaminarimon or “Thunder Gate”, a massive paper lantern dramatically painted in vivid red-and-black tones to suggest thunderclouds and lightning.  Beyond the Kaminarimon is Nakamise-dori with its shops, followed by the Hōzōmon or “Treasure House Gate” which provides the entrance to the inner complex.  Within the precincts stand A Stately Five-story Pagoda and the Main Hall, devoted to Kannon Bosatsu.  Catering to the visiting crowds, the surrounding area has many traditional shops and eating places that feature traditional dishes (hand-made noodles, sushi, tempura, etc.).  These shops themselves are part of a living tradition of selling things to pilgrims who walked to Senso-ji.  We will end our tour by visiting the Meiji Shrine (Meiji Jingū), the Shinto shrine dedicated to the deified spirits of Emperor Meiji and his wife, Empress Shōken.  It is located in an evergreen forest that covers an area of 700,000 square meters (about 175 acres).  The forest has 120,000 trees of 365 different species donated by people throughout Japan when the shrine was established.  Many visitors to the forest use it as a recreation and relaxation area in the center of Tokyo.  The Naien is the inner precinct, which is centered on the shrine buildings and includes a treasure museum that houses articles of the Emperor and Empress.  The museum is built in the Azekurazukuri style.  The Gaien is the outer precinct, which includes the Meiji Memorial Picture Gallery that houses a collection of 80 large murals illustrative of the events in the lives of the Emperor and his consort.  It also includes a variety of sports facilities, including the National Stadium (Meiji Jingu Gaien Stadium and later, since 1956, on the same site Tokyo Olympic Stadium), and the Meiji Memorial Hall (originally used for governmental meetings, including discussions surrounding the drafting of the Meiji Constitution in the late 19th century).  Today it is used for Shinto weddings.  After a long day, we will transfer to the Narita International Airport for our return flight to Honolulu, taking with us the lasting memories of this wonderful Japan Sakura trip. 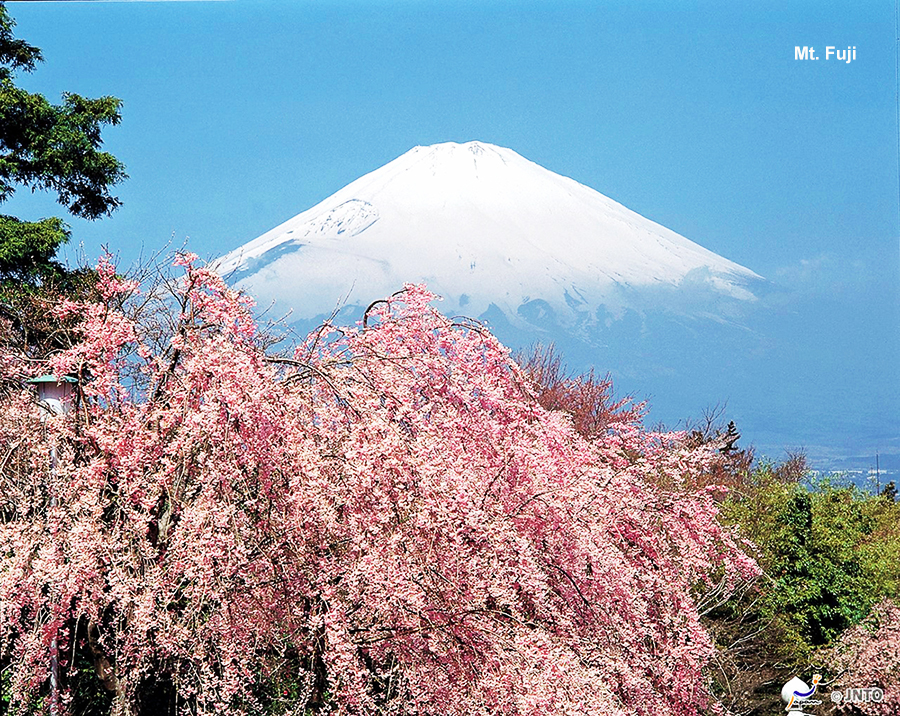 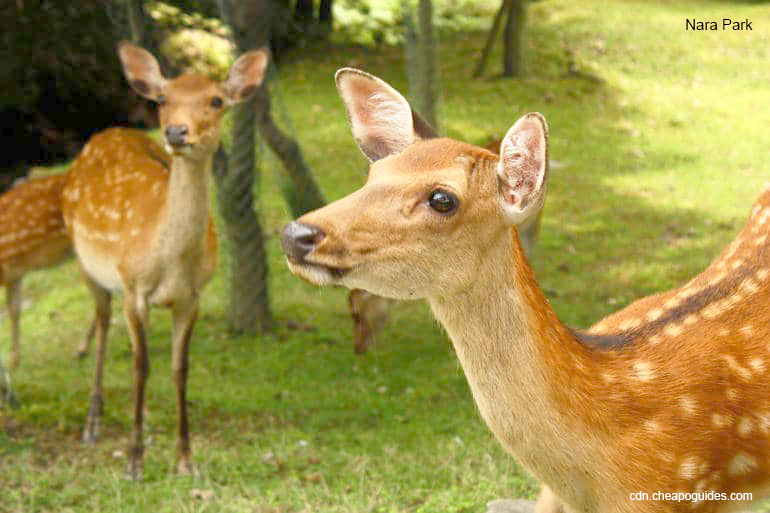 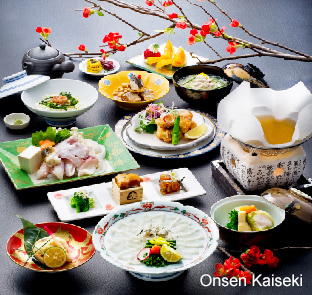 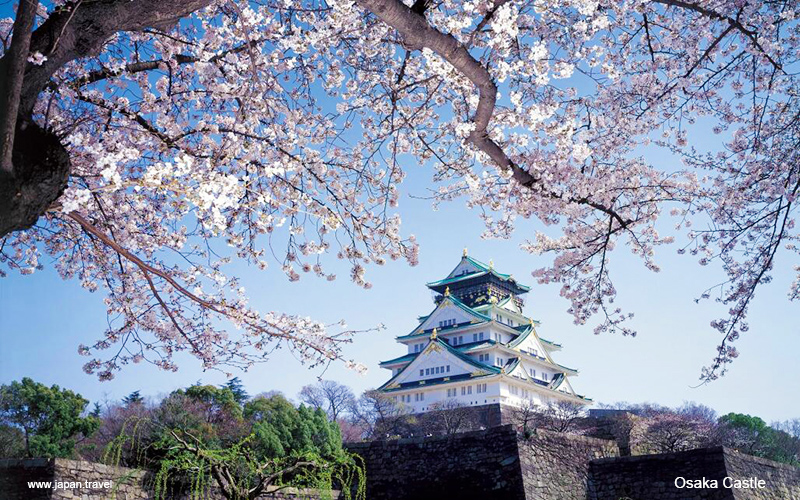 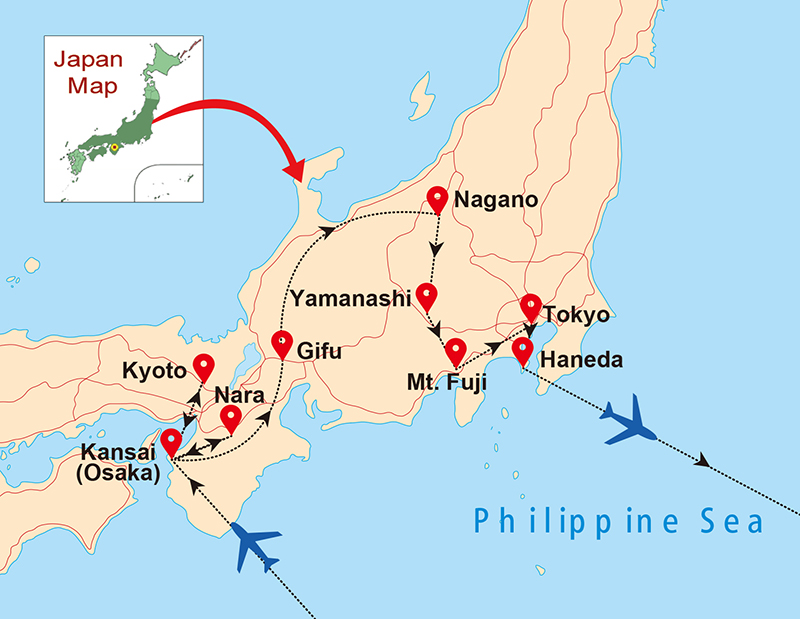 CHECK OR CASH PAYMENT ONLY.  A deposit of $ 350 per person is required at the time of application. The balance of payment is due 70 days prior to departure.  In case balance of payment is not made within the required time period, Air and Sea Travel Center reserves the right to cancel reservations and charge a cancellation fee. $350 deposit is non-refundable if you cancel after Dec.17, 2019

We strongly recommend purchasing travel insurance when you make your reservation.