Day 1**Jan. 15 | Honolulu –> Incheon
We start our vacation by boarding an international flight to Dalian via Incheon.  Meals and snacks will be provided on board.

Day 2**Jan. 16 | Incheon
Arrive at Incheon International Airport.  We will stay overnight in Incheon where hotel accommodations will be provided by the airline.

Day 3**Jan. 17 | Incheon –> Dalian | (L)
Depart for Dalian, China – a beautiful seaside city on the southern tip of Liaodong Peninsula.  Upon our arrival we will proceed to immigration & customs.  Once we exit customs we will be greeted by an Air & Sea Travel representative.  After lunch, we will take a City Tour and visit Tiger Beach, Concert Square and Dalian Port, one of the most important trade harbors in East Asia.  We will check into our hotel and stay overnight.

Day 4**Jan. 18 | Dalian – Shenyang | (B, L, D)
Today, we will drive to Anshan, the “steel capital of China” where we will visit a 260-ton Jade Buddha.  In the afternoon, we continue on our bus ride to Shenyang, the capital city of Liaoning Province.  Shenyang is an important center for trade industry and culture in northeast China. Then, we will try a local specialty for Dinner – Chun Bing, a Chinese burrito made with a flour pancake wrapped around vegetables and meat.  The origins of Chun Bing date back to the Jin Dynasty.  Northern Chinese would eat this pancake to celebrate the beginning of spring.  The literal translation of this dish is “bite the spring.”

Day 5**Jan. 19 | Shenyang | (B, L, D)
Today’s highlight is to Shenyang Imperial Palace.  Besides the Forbidden City in Beijing, the Shenyang Imperial Palace is the only other existing palace complex in China.  The unique architectural style of the Shenyang Imperial Palace reflects a blend of Han, Manchu and Mongolian cultures which originated from the shape of a nomadic tent.  In 2004, it was included on the UNESCO World Heritage List as an extension of the Imperial Palace site, or the Forbidden City, in Beijing.  After lunch, we will visit General Chang’s Residence, built in 1914.  This square shaped mansion is the largest and perfectly preserved former residence of celebrities in modern times and is reputed to be the first former residence of celebrities in Northeast China.  Today’s dinner features Northeast Braised Bones.

Day 6**Jan. 20|Shenyang – Changchun | (B, L, D)
After breakfast, we will visit the Shenyang Middle Street to experience the local life, and where you can find about everything you could possibly want to buy. After lunch, we will transfer to Changchun, the capital of the puppet “Manchu State” established by the Japanese during World War II. In the evening, we have arranged a special Barbecue Dinner.

Day 7**Jan. 21 | Changchun | (B, L, D)
Today, we will visit The Museum of the Imperial Palace of the Manchu State.  The Palace was the official residence created by the Imperial Japanese Army for China’s last emperor Puyi to live in as part of his role as Emperor of the Japanese puppet state of Manchukuo.  In the People’s Republic of China the structures are generally referred to as the Puppet Emperor’s Palace & Exhibition Hall.  It is classified as an AAAAA scenic area by the China National Tourism Administration.  After lunch, we will drive through the Eight Departments of Manchukuo.  In 1932 the Japanese set up a State Council with Puyi, the last emperor of China, as its head.  Known as the Manchukuo, it governed from 1932 until 1945.  These eight buildings, namely eight branches of Manchukuo, were built, combining Chinese style and Western style into one entity.  Surrounded by green trees, exotic moods filled the air, and each has its own unique and distinctive characteristics.  Tonight, a North Korean Cuisine is arranged.

Day 8**Jan. 22 | Changchun – Harbin | (B, L, D)
This morning, we will drive to Harbin, the city with the most bitter cold winters among major Chinese cities.  Harbin is heralded as the Ice City for its well-known winter tourism, recreational activities, and its beautiful ice sculpture festival.  Besides being well known for its historical Russian legacy, the city serves as an important gateway in Sino-Russian trade today and has a sizable population of Russian immigrants.  The city was voted the “Top Chinese Tourist City” by the China National Tourism Administration in 2004.  On June 22, 2010, Harbin was appointed a UNESCO “City of Music” as part of the Creative Cities Network.   Upon our arrival, we will walk around the St.  Sophia Church Square built with timber and completed in March, 1907.  The church was part of a plan to strengthen the confidence of the army by building an imposing spiritual symbol.

Day 9**Jan. 23 | Harbin | (B, L, D)
One of today’s highlight is the Siberian Tiger Park, the largest breeding center in the world for Siberian tigers, the most endangered species in the world.  We will take a bus with wire-mesh protection through the Siberian Tiger Park to see at close quarters about 100 purebred Siberian tigers, who roam freely inside the park.  There is also a cage area housing lions, pumas, leopards and ligers.  After having local dishes – Northeastern Dumplings, we will visit Sun Island — birthplace of China’s snow sculpture art.  Every year it attracts snow sculpture masters from all over the world, and it is considered the world’s biggest Ice & Snow Carnival.  Huge snow sculptures are given different meanings, and people can enjoy the snow in many different ways, such as snowmobiles and snow golf.  In the early evening, we will go to the Harbin Ice and Snow Festival.  When darkness comes, it’s time to explore the colorfully lit Ice and Snow World.  Have fun in the ice labyrinth, ice slide and ice castle–you will find everything imaginable in a fairyland.  We will be wowed by all the illuminated full size buildings made from thick crystal clear ice or single blocks of snow.  With complex computer-controlled LED systems, these spectacular sculptures light up the city’s night sky.  A Hot Pot Dinner is arranged for tonight’s meal.  Hot pot is sometimes known as Chinese fondue or steamboat, consisting of a simmering metal pot of stock at the center of the dining table.  While the hot pot is simmering, ingredients are cooked in the pot.  Typical hot pot dishes include thinly sliced meat, leafy vegetables, mushrooms, wontons, egg dumplings, and seafood.  The cooked food is usually eaten with a dipping sauce.  In many areas, hot pot meals are often eaten in the winter.

Day 10 | Harbin –> Incheon –> Honolulu|(B)
After breakfast, we will drive to the airport for our return flight home; ending our fantastic tour of the Harbin Ice and Snow Festival and other exciting cities in China.  We will fly back home via Incheon.

We wish you a safe journey and many wonderful memories to share with family and friends! ☺ 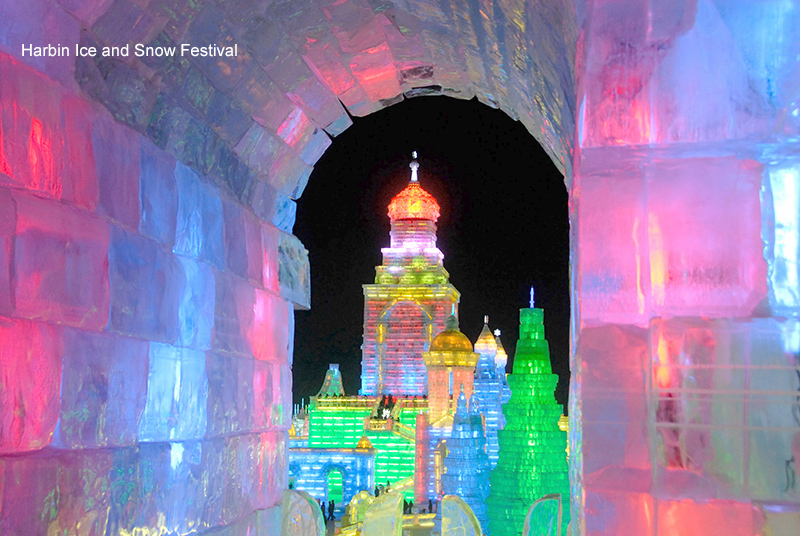 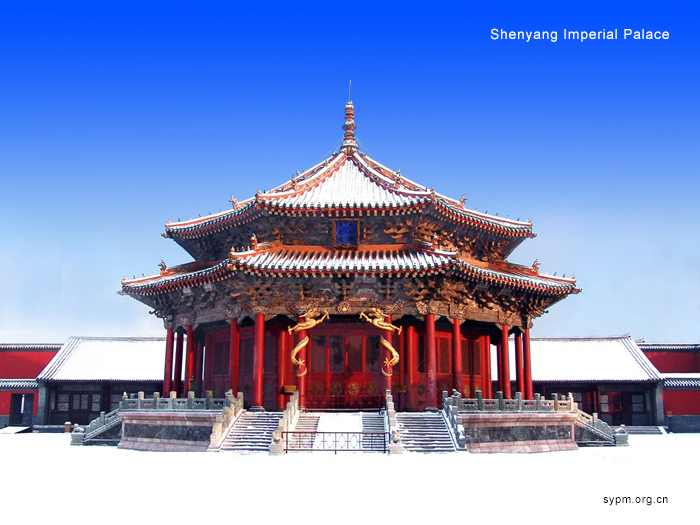 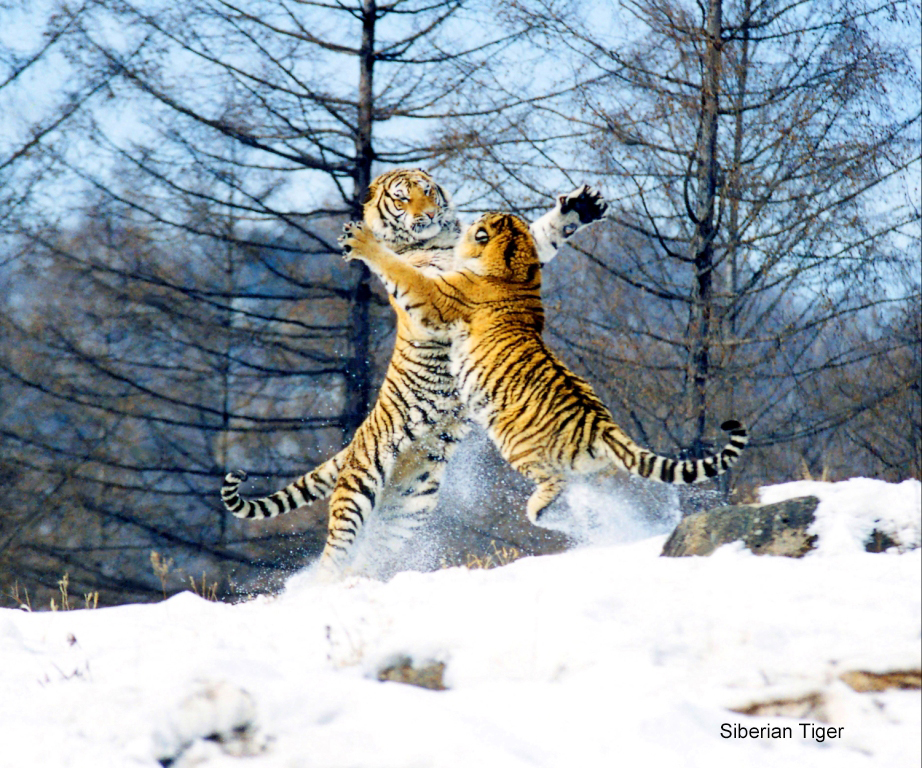 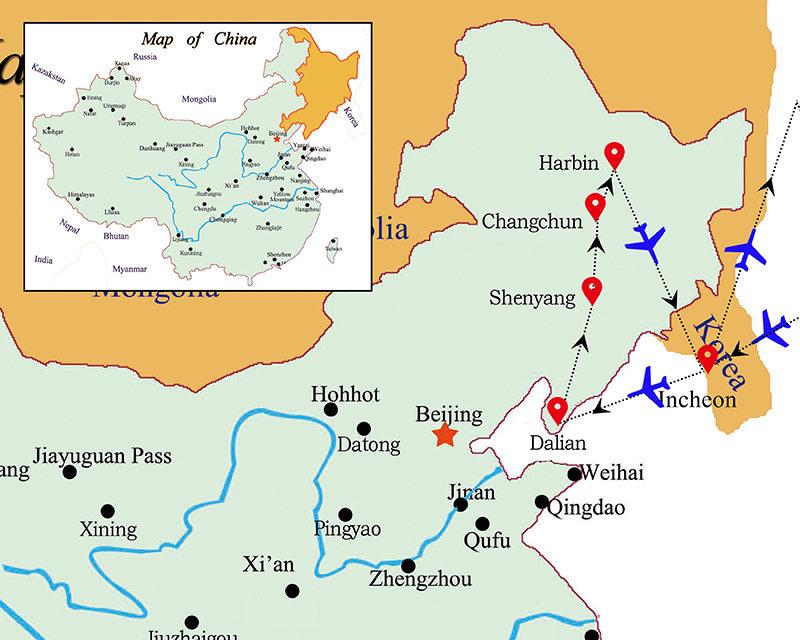 CHECK OR CASH PAYMENT ONLY.  A deposit of $350 per person is required at the time of application.  The balance of payment is due 70 days prior to departure.  In the event balance of payment is not made within the required time period, Air and Sea Travel Center reserves the right to cancel reservations and charge a cancellation fee.